David Hubbard, a Democrat from Rapid City, has announced his candidacy for the state Senate in District 32.

He has worked in the advertising and marketing and financial industries for the past 30 years and is a medically retired U.S. Army paratrooper.

Hubbard is running, he said in a news release, “to ensure South Dakotans have a voice in Pierre.”

His primary goal, he said, is government of, for and by the people, adding he is equally interested in education, veterans affairs and social equality.

District 32 covers parts of central, eastern and southern Rapid City and extends out from the city to the southeast. As the only Democrat in the race, he advances to the Nov. 8 general election and will face the winner of the Republican primary between incumbent Sen. Alan Solano and his challenger, Richard Kriebel, both of Rapid City. 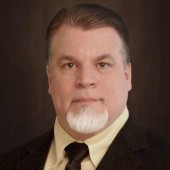